Today I’m going to bring to you my fresh from the oven Tim Sykes review- the biggest Day Trading education provider/salesman under the Sun. 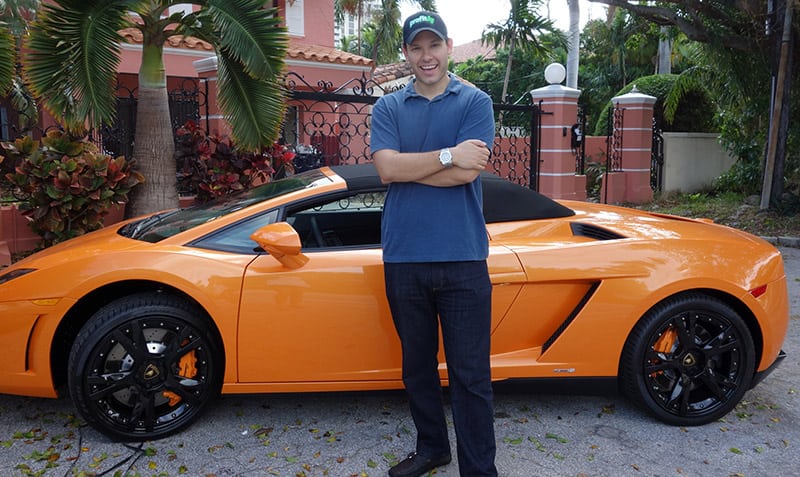 The main aim of my Timothy Sykes review is to actually find out if he is worth your time and hard earned money. Will his teachings help you become a profitable trader or should you run the other way.

I do my very best to save you time and money with this (hopefully) entertaining review.

The trading strategies Tim teaches are effective and can make you money. He has 4 students that have become millionaires and all of them teach in Tim’s chat room and training programs. His most successful student has made over $7,000,000 in profits.

The basic service – Tim’s Alerts is the cheapest option on the market. However, I do recommend the Silver package, as you’ll also get the video lessons. The video lessons are the key to learning the strategies.

The chat room and the video lessons are geared towards beginners. However, if you already know your way around the markets, you’ll be OK too. Tim has put out over 5000 videos to learn from.

Summary: Overall I think that Tim Sykes is the best option if you’re looking for proper day trading education or just good stock picks. I’ve tried out and reviewed a number of competing services, but none of them match what Tim is offering. Seriously.

Ok, lets start off with a formal introduction of the rich jew:
(or click here if you already know who he is and want to skip this part)

Tim Sykes is a famous penny stock trader and educator who has been brought to fame by a TV show – Wall Street Warriors. He was featured as a reckless young day trader who was starting a hedge fund from his dorm room.

I’ve embedded the full episode that introduces him, in case you’re interested.. 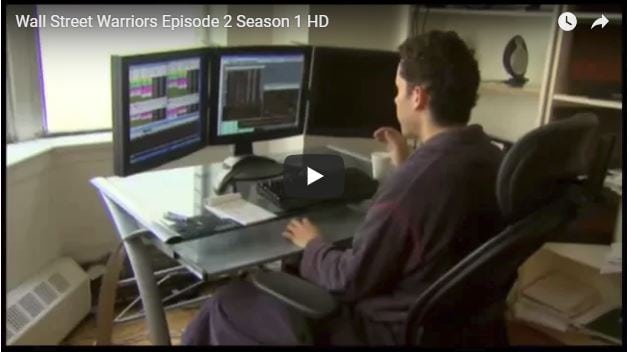 After receiving a tonne of e-mails since the show went live, he decided to start selling his trading education, which has now grown into a business that is making him 10s of millions of dollars every year.

Yes, that’s right. He makes north of 10 million a year from selling his educational products on trading, over 10 times more than he makes with trading itself. This was a huge red flag for me when I discovered the fact. 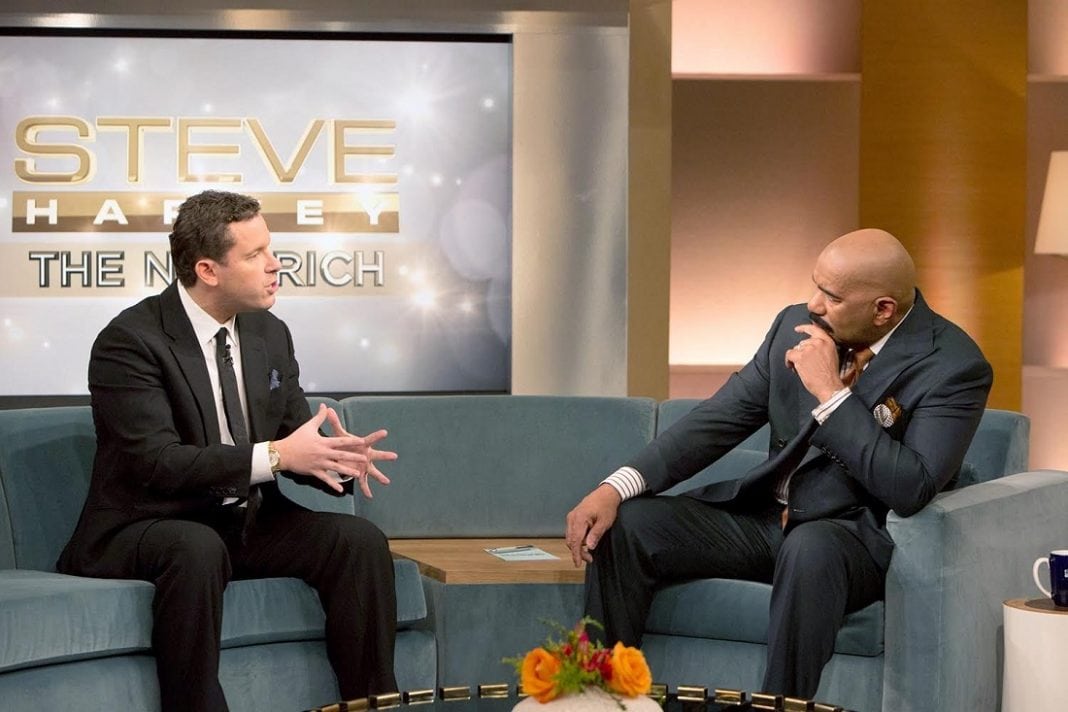 Although if I come to think of it, he was making about a million per year on average with trading penny stocks while having to take significant risks, the education gig has a much higher potential with little to no risk.

There is nothing wrong with focusing on selling education as long as there is real value in the education that he provides, which is something that I’ll get into in a bit.

#2 Are his claims of success really true?

There are so many snake oil salesman selling stuff online, that an average internet user such as myself has become super skeptical of anyone making claims.

However in Tim’s case, I do not believe that he would have been in the reality show if he didn´t have some sort of success. So he must of have done something right.

One very convincing proof of his actual success is the fact that Tim ranked as top trader on Covestor.com for 4 consecutive years. That is something that I don’t think is fakeable. 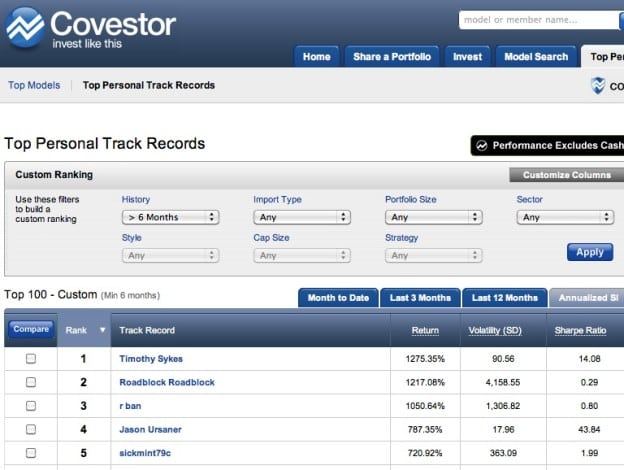 Now Covestor was a site, where your trades were automatically transfered to the website stripping you from the option to fake your results.

This means that his Interactive Brokers account’s results were directly uploaded to the website and anyone who wanted was able to copy his trades for a management fee, which was payed to Tim.

Covestor has now been acquired by Interactive Brokers. But the same concept is still alive via various social trading sites such as eToro.

Throughout the years, Tim has managed make a few millionaire traders through his educational courses.

He has actually trained people to the level where they have become millionaire traders with Tim’s education.

There is currently no other trader providing education publicly, that have their students reach this level of success. Below you can see him with his #1 student Tim Grittani on Fox News 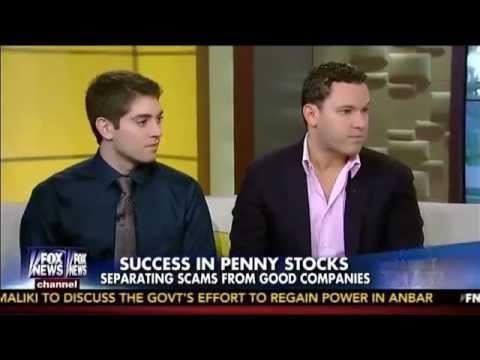 Below I’ll list the most successful students of Tim ranked by how much money they’ve made from trading: 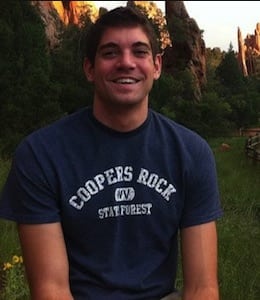 The same guy from the above picture. As soon as he reached above 1million, they appeared in a number of news articles and tv programs.

Grittani has made over 5M$ since joining Tim Sykes’ chat rooms and learning his methods.

He has said that he owes his success to the teachings of Sykes, however Grittani has now managed to develop his own methods and trades based on his personal strategy. 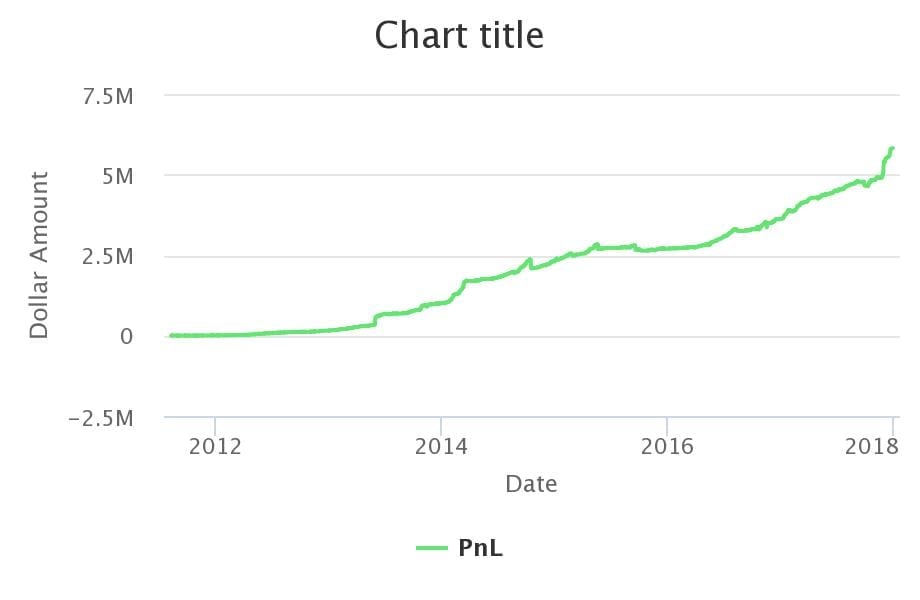 Grittani has also published a Tim Grittani DVD  back in 2017, where he covers his main trading methods and strategies.

Tim is also an active member in his former teacher’s day trading chat room. I’ve almost always received an answer when I’ve asked something from Grittani. 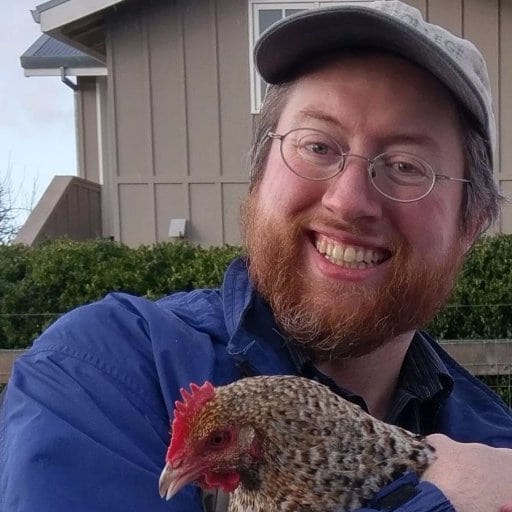 Michael Goode is a cool, down to earth guy. He used to be a Tim Sykes’ #1 hater and decided to do a case study and prove that Sykes is a snake-oil salesman.

How did it go? You can read about the full story from this article. Long story short – he ended up making money with Sykes’ teachings and turned from a hater to a supporter.

He now teaches in Sykes trading challenge and is also an active contributor to the trading chat rooms. 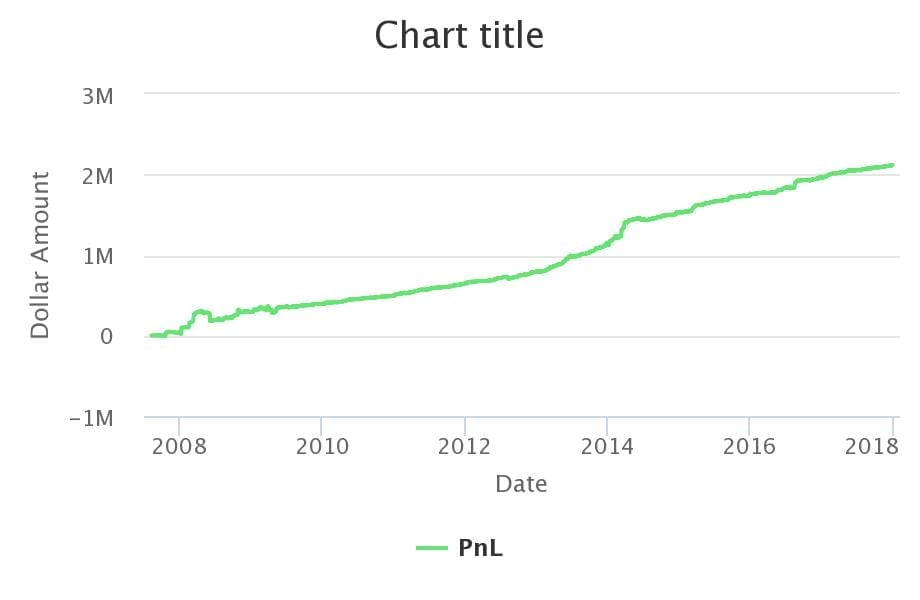 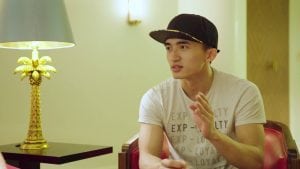 Dux is a relatively new trader. He started in 2016 and flew past the million dollar mark in the beginning of 2017.

That is super fast. He claims to ow his success to extensive studying of Tim Sykes’ methods.

Dux is originally from China and started trading during studying in an American university. He is rather active in Sykes’ chat rooms and he has recently launched his own DVD providing day trading education.

You can find it from his blog. It’s got some good reviews, although I haven’t personally bought it yet. I’m planning to and once I do, I will give out a full review. 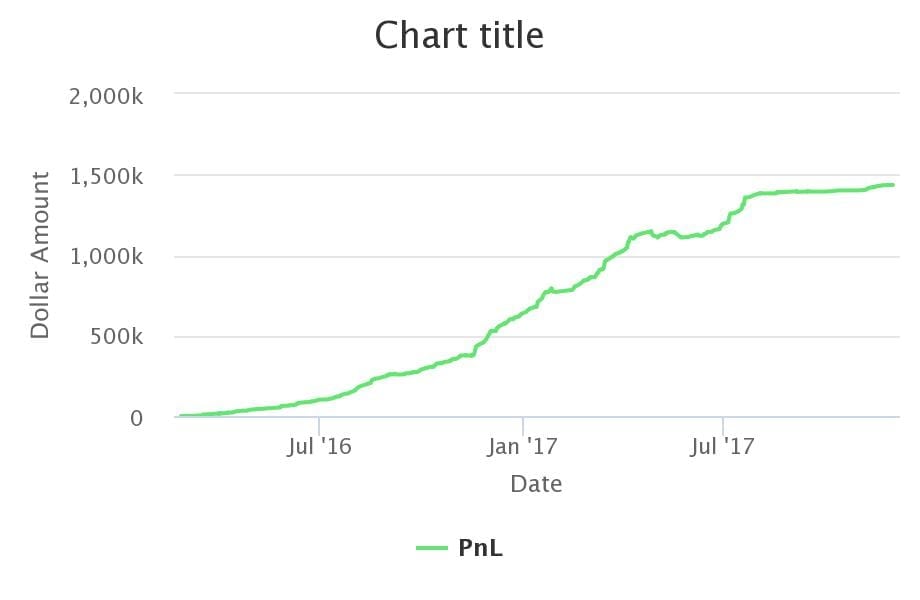 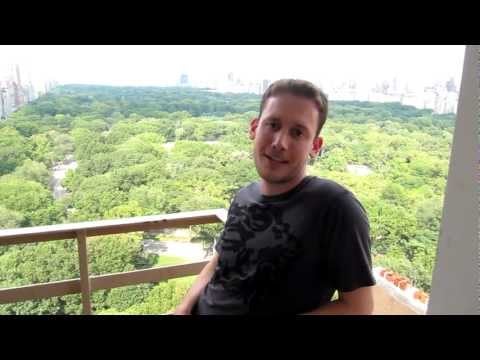 Marc is another one of Tim’s students that has managed to become successful.

He is yet to pass the million dollar mark, but given his steady results, he’ll end up there sooner or later.

Just like Grittani and Goode, he is also a moderator in Tim Sykes’ Sykes and an educator, publishing numerous videos with Tim Sykes on their trading strategies and specific trades that they made.

NBB! The videos are really valuable, but you would need to get the more expensive subscription in order to access them. 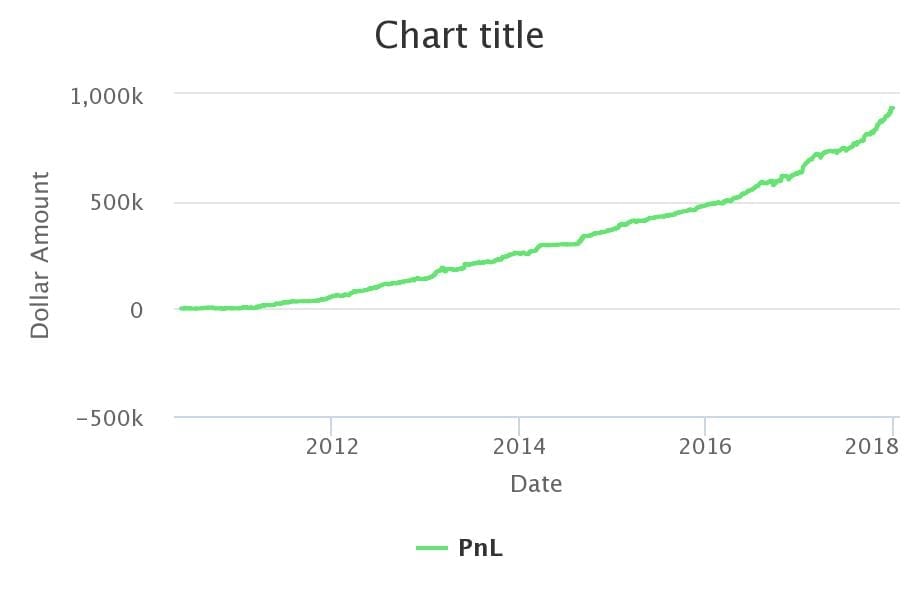 #4 – The Education Options He Provides

Sykes offers a tonne of material of him teaching his methods. He has tens of DVDs, trading videos, webinars and live day trading chat rooms. 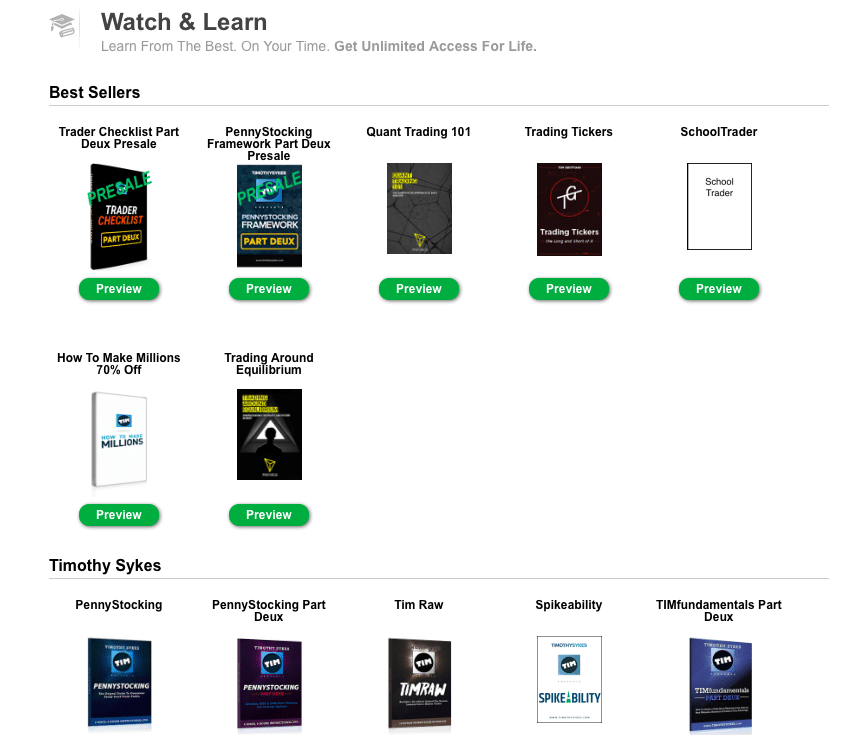 If I were to choose a DVD, I’d start off with “How to Make Millions“. It’s rather cheap and all the money that he makes from this particular dvd goes to charity. 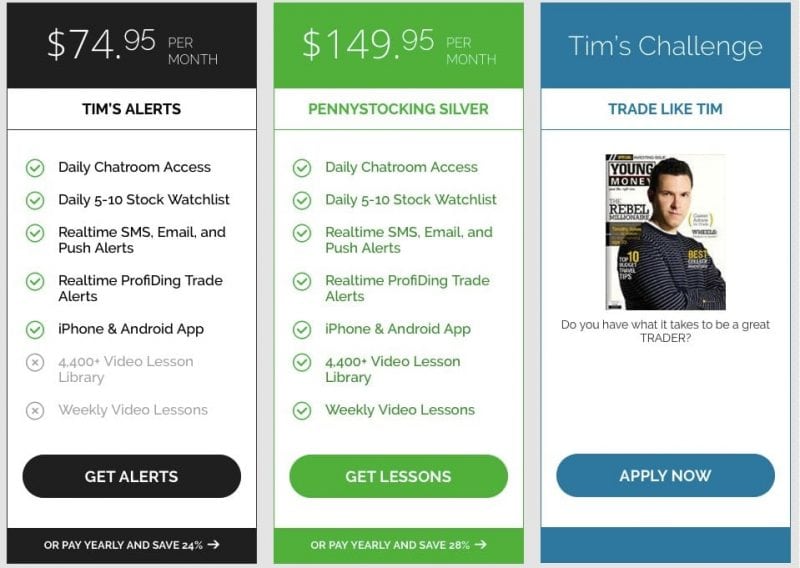 The main thing that Tim offers and from where he makes the most of his money, is his chat room service.

What it is, is a day trading chat room, where Tim and all the other chat room members announce their stock picks and if they’re buying or selling.

TIM ALERTS –  The cheapest option – Tim Alerts, does just that. What you get to see are the stock picks and the relevant discussion that goes around it.

Various other traders (both pro-s and noobs a like) discuss the stocks in play and wether they are in or out. You get to ask questions publicly or privately to the person you want to chat to.

PENNYSTOCKING SILVER – The second option – Penny Stocking Silver, is the same chat room with weekly video lessons and you also get to access Tim’s archive of videos (there’s over 5’000 of them at this time).

In my opinion, that’s the option to go for. What it does is it teaches you how to fish in addition to just giving you the fish. 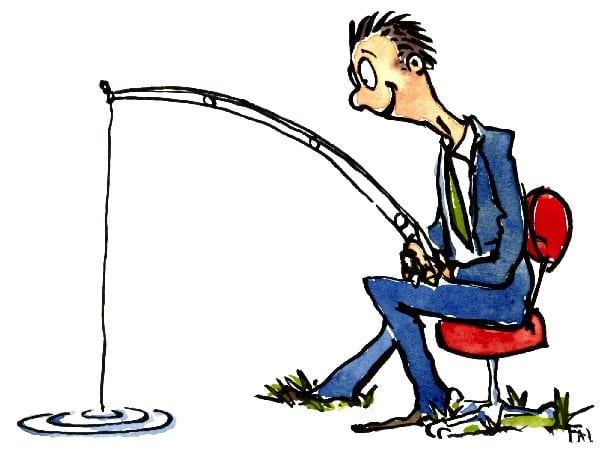 I like this option as you actually get to learn the ropes and see the logic behind the trade ideas.

Once you’ve watched the video lessons, the patterns begin to repeat themselves and you start to come up with your own trade ideas. So you could ultimately become self-sufficient.

TIM’S CHALLENGE –  This is the most serious, yet by far the most expensive option to learn from Tim. It costs around $5,000 to Sykes .

But what that money gets you is private consultation and trading education program that is more like mentorship. He puts the most amount of focus to the students of the challenge program.

This doesn’t mean that the other programs are not worth the money. I think they are better in terms of value for money, but the challenge program would increase the odds of success the most. 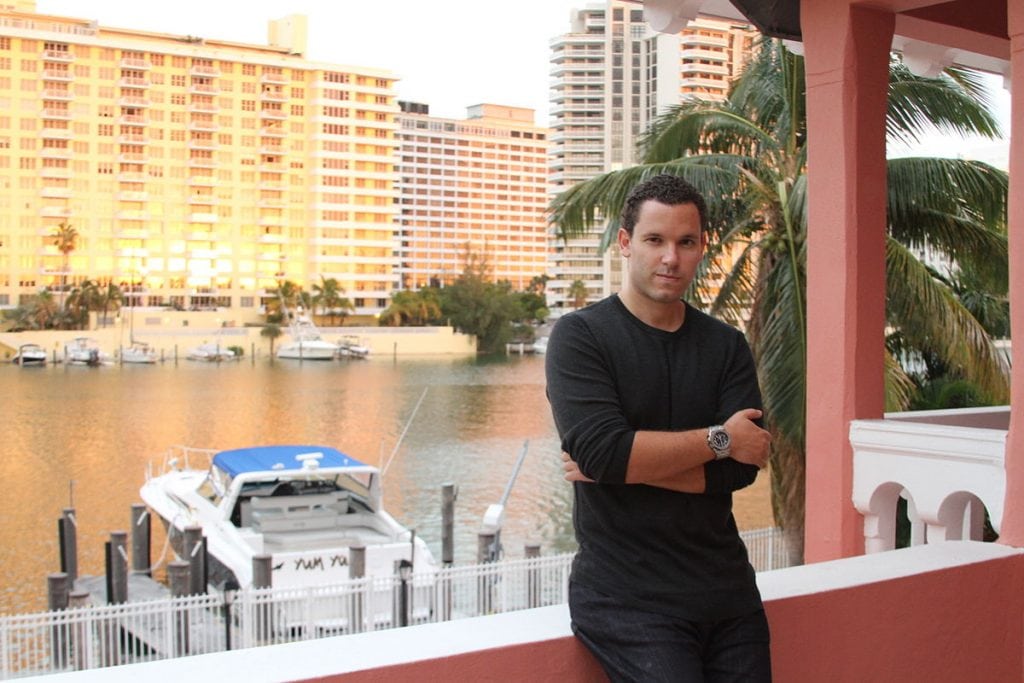 In terms of trading educators, I truly think that Sykes is currently the best option available. Provided that you’re not able to land a job in a prop trading firm 🙂

Your chances of true success are at least 50x better than if you were to start out on your own, in my honest opinion.

Trying to figure trading out by yourself is an expensive venture. You will likely lose a significant amount on market education. Most people blow it all and quit trying.

My resolution is that yes, Sykes is worth your time and money, but you really need to put in the work to give yourself a chance of success.

The good thing is that he provides a system that actually works. Your part is to truly learn and implement it.

I think that as he is the only guy who has publicly shown his students actually making a substantial amount of money with Grittani at $5M+, Goode at $2M+, etc.. people tend to want to try the strategies out by themselves.

Also, as Tim has one of the cheapest trading material out there compared to other guys pushing trading education, people are more prone to pick it up.

Here are some tweets from the last 2 days: 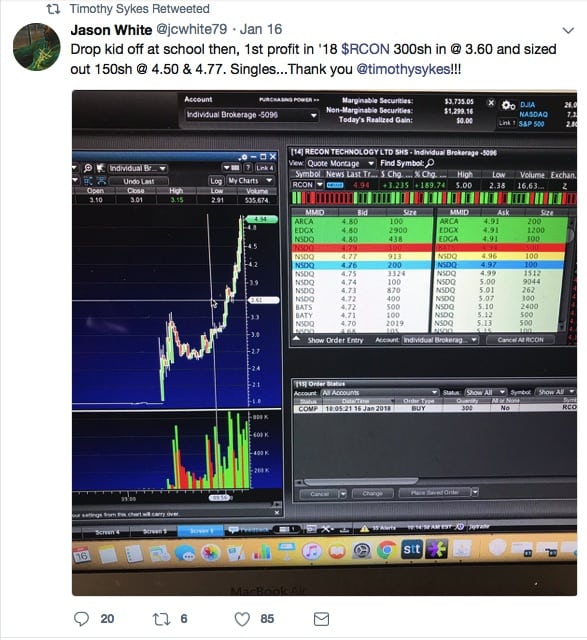 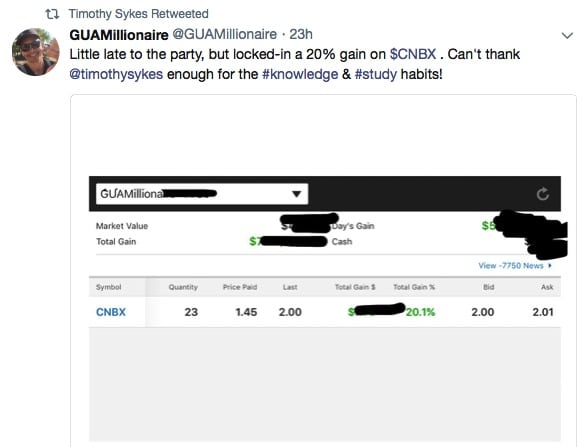 I have to warn you that I didn’t find negative reviews from Twitter, I’m sure there are plenty, though.

Feedback from you guys:

I would really appreciate if you could drop me a comment below, in case you have any experience with Timotheius Sykes.

Also if there is something else that you think I should cover on this review, please let me know.

All in all, I like his trading style, I think it’s super interesting and helps you develop an edge over other market participants that you can utilise for your own financial gain.

He is one of the few trading educators/mentors that I dare to recommend..

Once again: if you’re interested in learning his strategies, I believe the best option would be to join his Pennystocking Silver chat room.

PS! Do you have personal experience with Sykes? Let us know how it went in the comments below.

PPS! If you’re interested in annual subscriptions, there is currently a significant discount being offered – check this for more info. 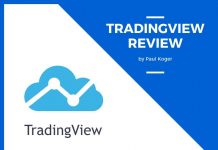 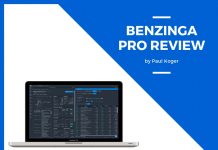 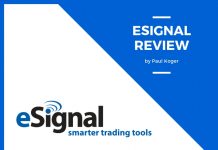 How to Trade The Triangle Chart Pattern 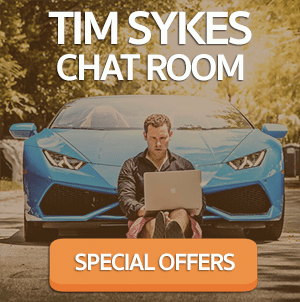